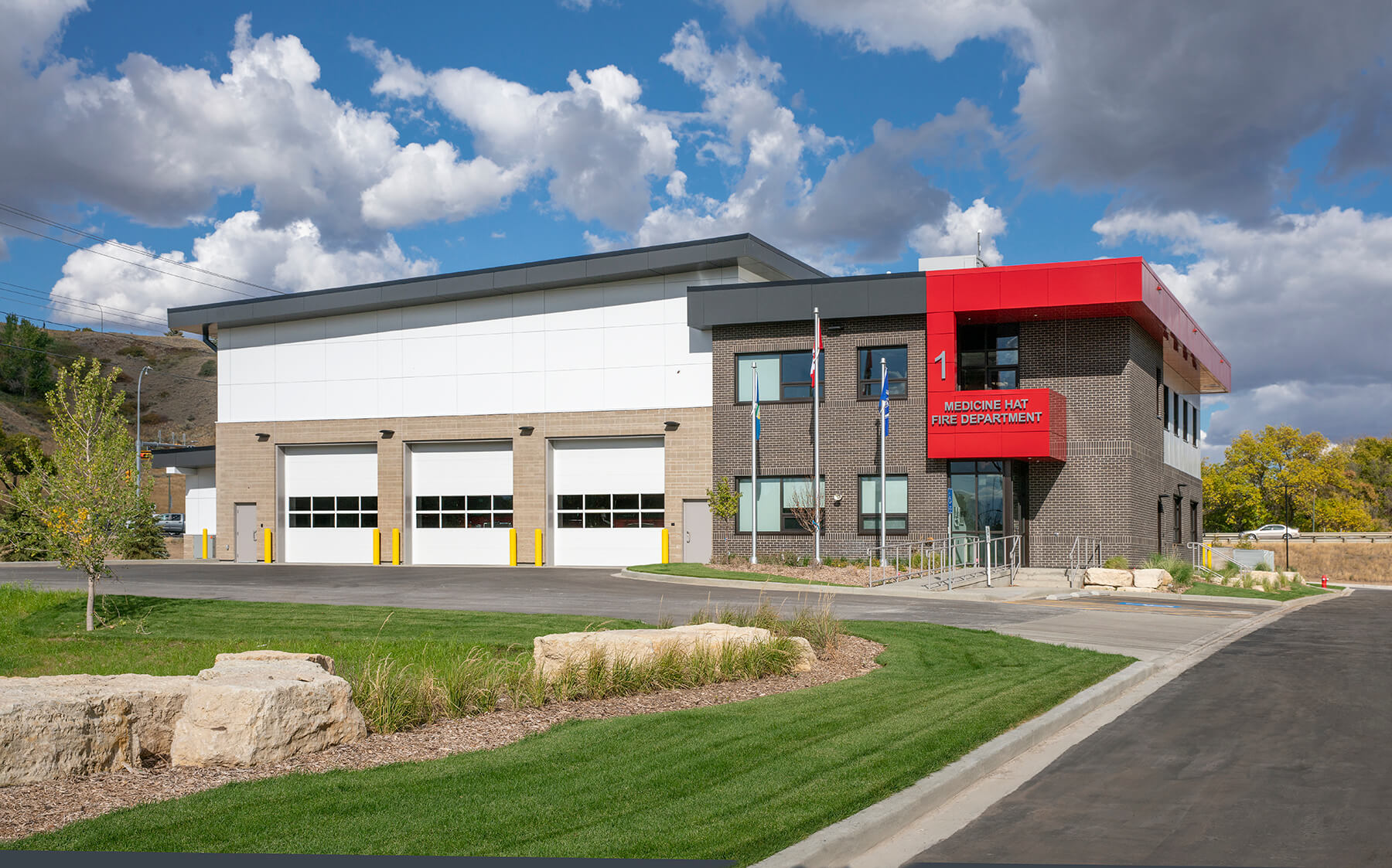 The City of Medicine Hat has commissioned the replacement of the existing Fire Hall No. 1 with a new $8.25 million facility, located in the north side of the Saskatchewan River. At its new location, the fire hall will be better positioned to improve response times in the northern part of the city.

The new facility will include office space, five vehicle bays, gym space, work areas, a dining room and five dorm rooms. The new building will also have space to house an ambulance and the City is in negotiations with Alberta Health Services about leasing the space.

The building envelope has been optimized to reduce the facility’s energy consumption, LED lighting has been proposed throughout the facility and heat recovery on the apparatus bay exhaust systems and CO control has resulted in a building which will be 47% more energy efficient than the baseline requirements set out in NECB 2011.